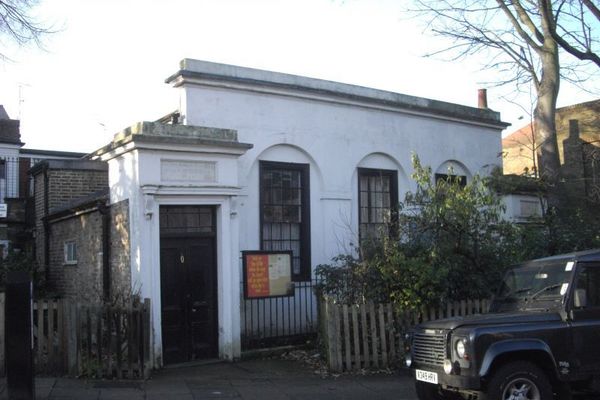 train
Nearest train: Richmond
open_in_new
An independent Calvinistic chapel on the east side of Church Terrace in Richmond, London. Built in 1797, the small 1-storey stuccoed building is Grade II* listed. It still has its original galleried interior with pews and pulpit.