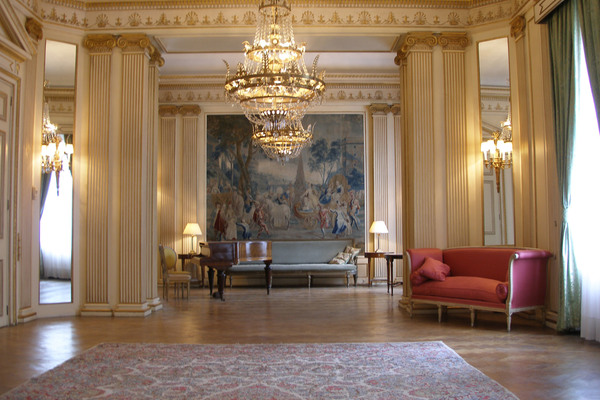 subway
Nearest tube: Hyde Park Corner
train
Nearest train: Victoria
open_in_new
Known as the 'Independent North Mansion' and christened by Sydney Herbert as 'Belgrave Villa' and then simply 'The Villa' by his successor the 6th Duke of Richmond. Owned by Argentina since 1936 and with sumptuous interiors still intact.